20 aprons to make for Les Miserables

All made from donated cream tablecloth fabric. The aprons were first being made like a modern apron. Then when the producer asked me to make something a bit bigger I researched 18th century french peasant aprons and found aprons then didn’t have the strap around the neck that we have now I redesigned what had been done and came up with a quick version that I could make quickly but still look properly made. It would have been part of their everyday wear so wouldn’t have to been taken on and of just pinned at the top. This was a concern for me as they were being used in a theatre setting with quick changes I thought how would taking the pins in and out going to work. Thankfully the girls who were wearing the aprons in the “work shop” scene where also in the previous scenes and wore the costumes already underneath. Some girls had three layers on for quick changes.The aprons were pinned to their dresses so they just took the dress of. 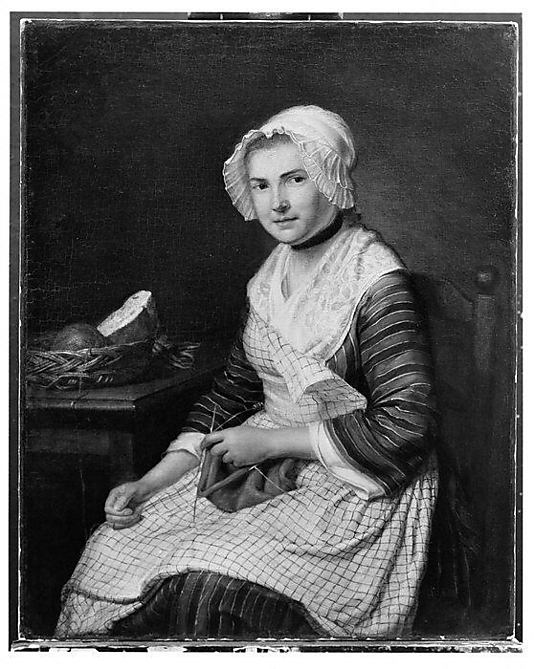 Checked apron with pinner bib, fabric continues around the waist to the back. “A Serving Girl Knitting” Attributed to André Bouys (French, Eoube 1656–1740 Paris) Met 17.120.211

I am a designer and sustainability concept developer in denim accessories. My aim is to produce a product that steers away from the old concept of recycling denim jeans that still look like a pair of trousers. Instead I want to engineer a way to recycle denim fabric to be make it more accessible to use with a pattern but still keeping the characteristics of the worn surface and seams. View all posts by arlene765